Running a bit late, the final day in Grant Tetons from June.

We got up early again to visit the Moulton Farm, a photogenic old Mormon settlement. This is another spot that has approximately a million photos of it so it's hard to do anything really new, but I managed to get a few decent ones. Once again the lack of interesting clouds was disappointing, but the weather does what it will.

After that we headed off to Jenny Lake, taking an early shuttle boat across to see Hidden Falls in Cascade Canyon. We then hiked a bit up Cascade Canyon and caught sight of this furry little guy. After a few minutes he mostly got over his shyness and mostly just went about his business.

And that, at last, is it for the Tetons trip!
at 9/30/2018 05:27:00 PM No comments:
Email ThisBlogThis!Share to TwitterShare to FacebookShare to Pinterest

There's a relatively well-known spot in the mountains called Crystal Mill. Contrary to my brother's guess, it is not the factory outlet mall for crystal meth - it's an 1893 sawmill on the Crystal River that's great for photos. If you Google it there are about a million of them. I've been wanting to get up there for years, and I finally pulled it off this year. Huzzah!

I did get some good photos, although in retrospect I'm actually a bit disappointed. I really wish I had taken a wider lens. For some reason I thought I'd be a ways away from the mill - it's actually only 50 yards or so, and there's a lot of cool stuff in the area. I didn't even manage to get the river into most of the shots. Oh well. I may go back some year, but it's not a priority anymore.

Getting there requires either a fairly gnarly 4WD road, or a 4.5 mile hike. It's really not a bad hike, except that the road was extremely busy. There were cars almost constantly, which really detracted from what would've otherwise been a very nice hike. 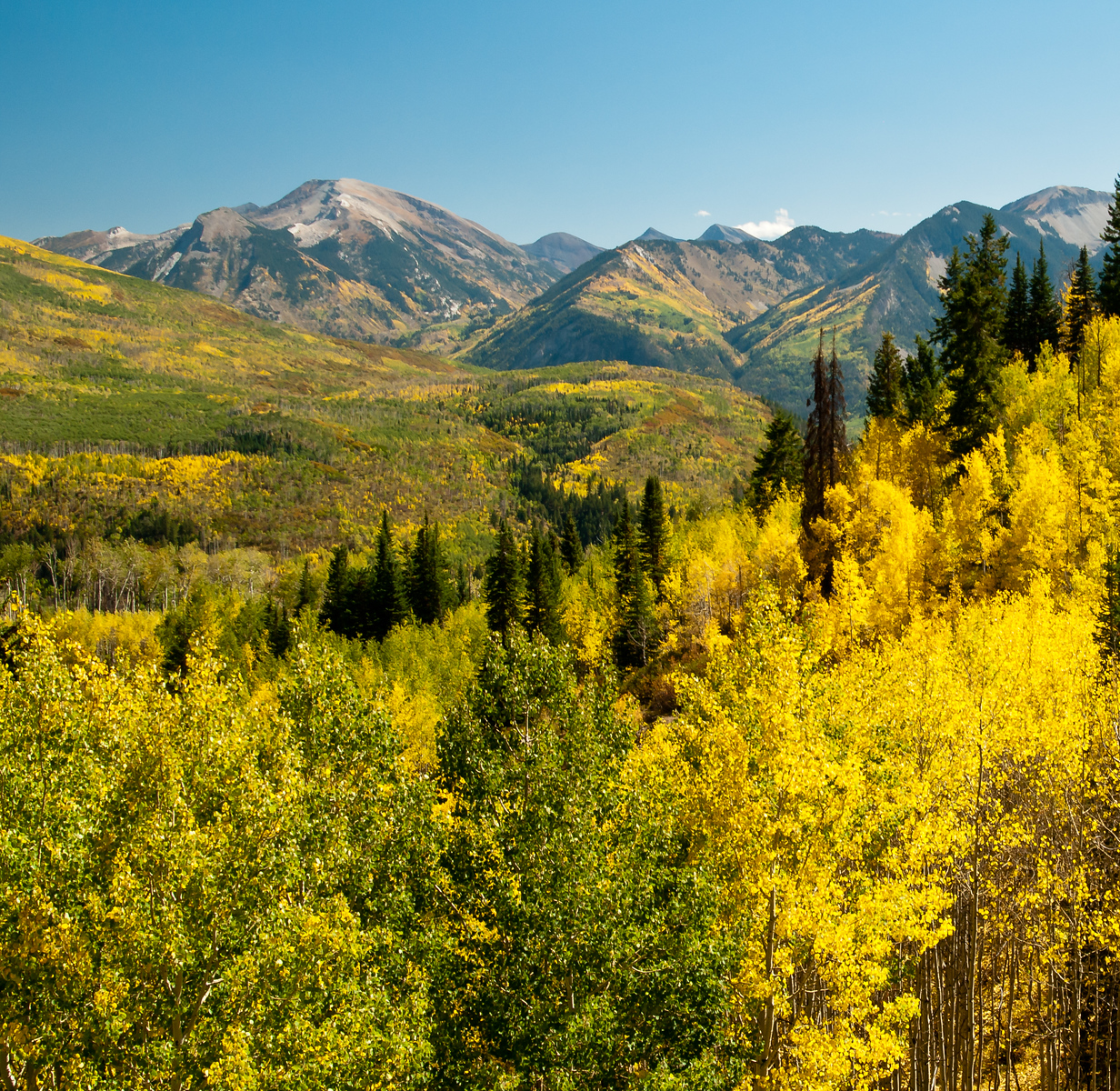 I was accompanied by Dr. Bill, a fellow photographer. But he left to hike down about a half hour earlier than I did, so I was walking down alone. Not long into the hike, a bright yellow truck pulled up next to me and the driver offered my a ride. The passenger footwell was full of rock samples, but I didn't want to keep Bill waiting, so I took the ride. The driver turned out to be Richard, a man of some degree of fame.  Along the way he told me all about his machine, a 1971 Bronco that he bought in 1982,  replaced the engine, made an assortment of other changes, and repainted twice. Most recently to Ferrari Yellow, if I recall correctly, and obviously with a sweet flame job.

Most people were driving the road at maybe 5 mph. On the way up I was actually walking neck-and-neck with a Jeep for the better part of a mile. Not Richard - he was going a good 10-15 mph, just bombing over huge rocks and ruts.

We stopped along the way to chat with some 4-wheelers who had a blown shock. Richard told them about dropping the steering box out of the car on a trail once, then sticking it back on with baling wire and tension from the winch to get home. His back tire was so patched that two different people asked if it was blown. "No, it's fine, I just have it deflated to 12 psi!" was the response. Richard's a real character!

Eventually we caught up with Bill, so I jumped out to finish the hike with him while Richard drove off into the deepening twilight.

After a very nice night in the Bogan Flats campground, with our tents just a few yards from the Crystal River, we got up to continue leaf peeping. We drove over to Aspen, up Castle Creek Road. Short of the Ashcroft Ghost Town is the trailhead for the American Lakes trail. It worth heading up there just for the drive - the leaves in the area were looking great.

The hike itself was quite challenging in the beginning, with a very steep first 1.5 miles. But it rewards the effort with broad views of the valley full of aspens. I took a few photos, but not nearly as many as Bill.

Eventually the trail levels out and turns quite abruptly from a bright and open aspen forest to a very dark and quiet evergreen forest. Still quite a nice hike, though I took no photos there so here are some more aspens instead. :)

On the way back I drove over a very crowded, but pretty, Independence Pass. Then I took a wrong turn and drove to Minturn instead of Copper Mountain, which lengthened my drive home. Oh well, it was a nice drive, even if I did almost get into a crash when people slammed to a stop due to some people who had gotten into an accident.

As always, more and larger photos available on SmugMug!

Places Not To Plant Yourself

Turns out the runoff from those thermal features is kinda bad for plants.

But to be honest, I just think it's a near photo. Here's another one.

at 7/15/2018 07:22:00 PM No comments:
Email ThisBlogThis!Share to TwitterShare to FacebookShare to Pinterest

After Old Faithful we went to check out Grand Prismatic Spring. You can find a lot of photos of that online, many of them quite dramatic. I thought it had to be a bit overplayed, but we ought to check it out anyway. And it turns out I was wrong. That thing is frickin' amazing.

Somebody will inevitably ask if that's edited. It is, because it was shot in RAW and there's no way to not edit it. But it really is that colorful. It's ridiculous.

It's so colorful that if you look at it from the side, the water vapor rising off of it looks like it's colored blue.

Yeah, it's pretty cool. So it turns out I took a few photos there... like 180 or so... after I deleted the ones I really didn't like... Anyway, I won't make you look at all of them, but there will be a few. Because come on, this doesn't even look real...

There are two other pools next to Prismatic Spring. This one is Excelsior Geyser...

The other pool was... hell, I don't know. It was nowhere near as cool. Which was pretty much our attitude for the rest of the trip. "Oh, another amazing thermal feature? Is it even half as cool as Grand Prismatic Spring? Well then screw that stupid, one-of-a-kind, amazing-if-it-was-anywhere-else natural wonder." It kinda ruined us for the rest of the trip, but still so worth seeing.

I spent half an hour sitting in the line to get into the parking lot. I hate lines, I hate traffic, but it was 100% worth it. Go see that. As usual, more photos on Smugmug.
at 6/25/2018 08:57:00 PM No comments:
Email ThisBlogThis!Share to TwitterShare to FacebookShare to Pinterest

One of the neat things about the pools is the bizarre landscape of erosion, mineral deposits and bacterial mats that form in the runoff. You have to look closer, but the patterns and colors are amazing.

I have to concede that Wendy spotted this composition first. It's a good one!

This one almost looks like an aerial photo of a seaside cliff, but no. It's a closeup of a bubbling geyser. Nearly all of it is underwater too. It's a bit hard to see because the water is so clear, but if you look closely you can see the ripples from the water droplets hitting the calmer water.

Looks like a map of a desert with one river, if you ask me. And I do ask me, because nobody else would be so foolish.


And a few more of the lesser photos. As usual, more on Smugmug for the masochistic. 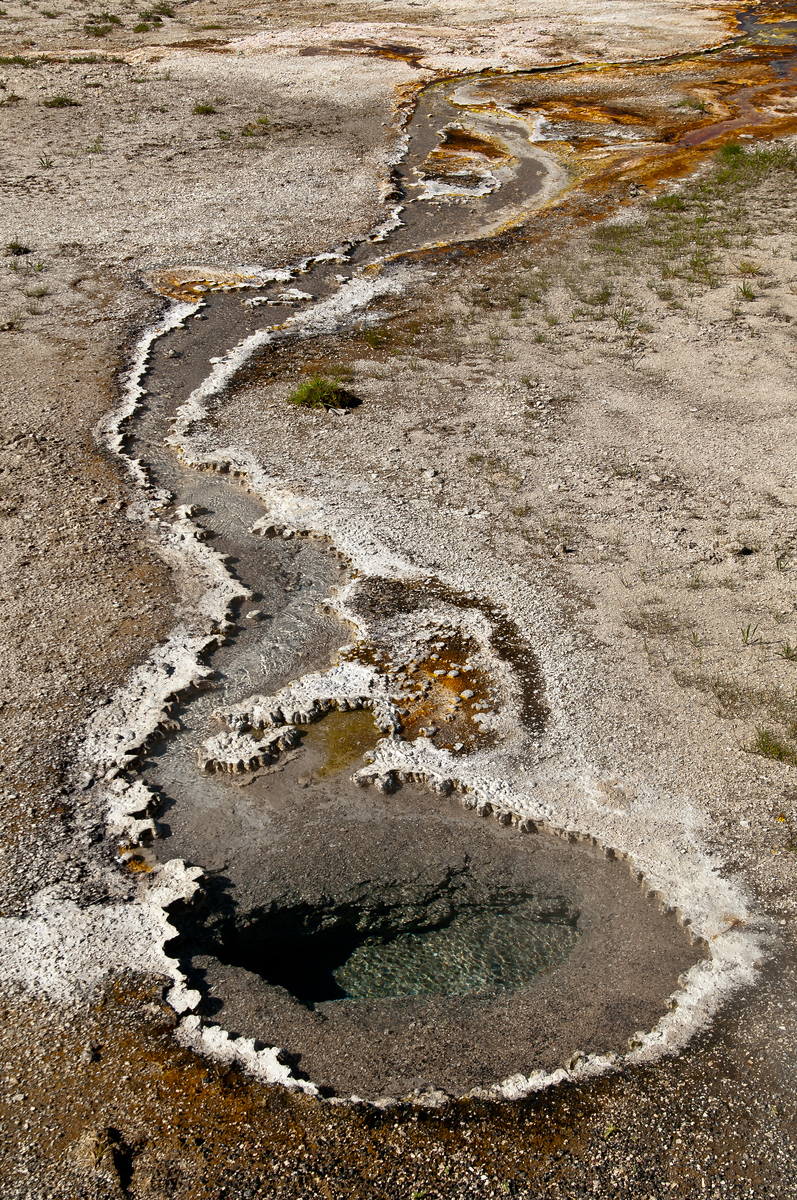 at 6/20/2018 08:53:00 PM No comments:
Email ThisBlogThis!Share to TwitterShare to FacebookShare to Pinterest

Let's take a brief break from landscape photography for pretty much the exact, polar opposite - people wearing rainbow colors and sometimes not much else!

I went to Pride Parade again this year. I support the message and cause. It's basically just "be nice to people," which I find hard to oppose. But to be completely honest I mostly go because it's fun taking pictures of all the crazy people. I had previously gone in 2016 and had a good time. I actually thought I went in 2017, but apparently I didn't - go figure.

I took a lot of photos today... 814 to be exact. Yeesh. I'm not going to post all of them here, but they will all be on Smugmug... whenever my internet connection finally catches up.

Let's start off with the visual/graphical opposite of the rest of the photos - Captain America!

Not only is this an impressively well-done cosplay, the guy is super friendly and nice, and is apparently doing this for charity. He's got a website with all his social media type stuff, so go check him out.

Next up is Mythica! I've run into Mythica a few times now - at Pride Parade 2016, and doing some of my favorite chalk art. She's always really friendly as well, not to mention a colorful character - haha! ha... hey, it's my blog, I'll make terribly obvious jokes if I want to. Anyway, here she is again! 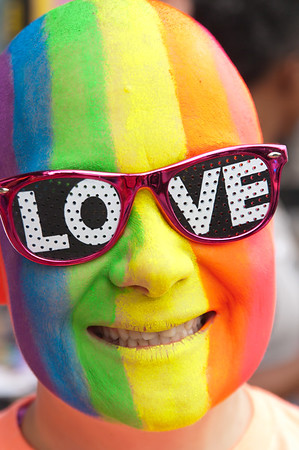 So that's enough of people I know, on to random people that I happened to get good photos of.

One of the things I like about Pride Parade is most people are delighted to be there. It's just a very positive experience.

Even better, a lot of them actually pose for the camera. It's almost like people that put on rainbow colors and makeup, grab balloons, and march in a parade want to have their photo taken! Weird... 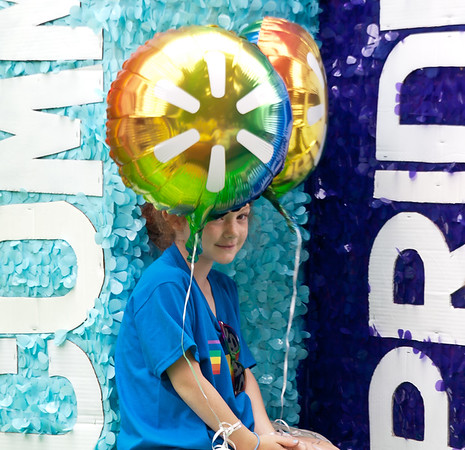 Alright, some are a bit shy about it, but still.

And if there's a doggo, you know I have to get picture of it. But PSA, I was talking to a parade marshal and they're actually against the rules. Partially because they tend to get dehydrated or heat exhaustion from walking on the hot pavement - thankfully not a problem today because it was cloudy. Also because they can get underfoot and get themselves or others into trouble.

So that's great and all, but it's not a Pride Parade until you see...

Yep, gay sailors in a speedo. And when there are sailors around, you definitely need...

How about a pretty good cosplay of Hawkeye from the Avengers?

Good use of a pedalhopper!

Yes, I even take photos of grump dogs.

at 6/17/2018 08:53:00 PM No comments:
Email ThisBlogThis!Share to TwitterShare to FacebookShare to Pinterest

We were fortunate to walk up right before Old Faithful put on a show. We were unfortunate in that the wind didn't blow the mist away, so we didn't get a very good view of the water from the geyser. Oh well - some days you get the geyser, some days the geyser gets you. (That's how that saying goes, right?)

And see a number of smaller geysers in the area (more of these later...)


at 6/14/2018 08:44:00 PM No comments:
Email ThisBlogThis!Share to TwitterShare to FacebookShare to Pinterest
Older Posts Home
Subscribe to: Posts (Atom)